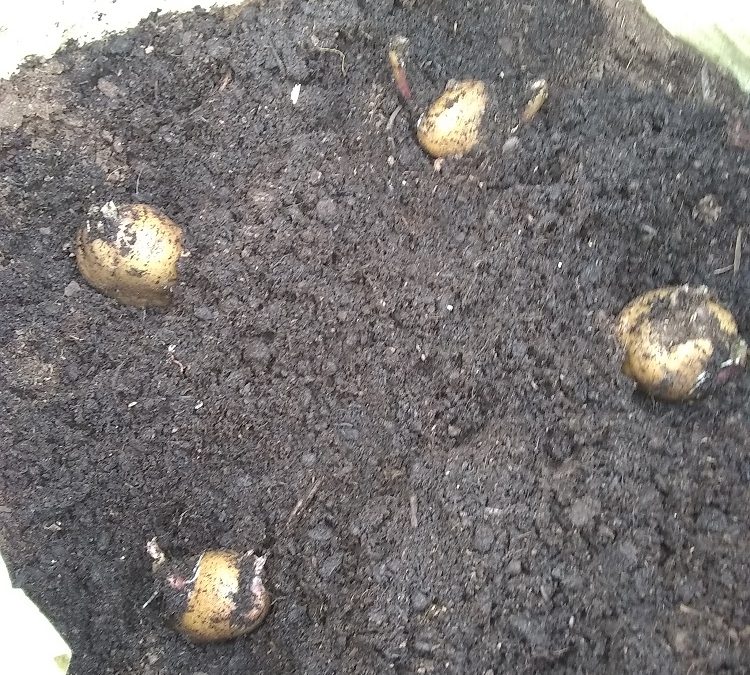 In addition to growing potatoes in beds you can use bags.

We set up a few bags in the back garden and planted some first early and second early potatoes.

This is the method we used:

Here is a picture of some seed potatoes which have sprouted and been placed in a bag ready for covering with compost and (hopefully) growing us a few potatoes: 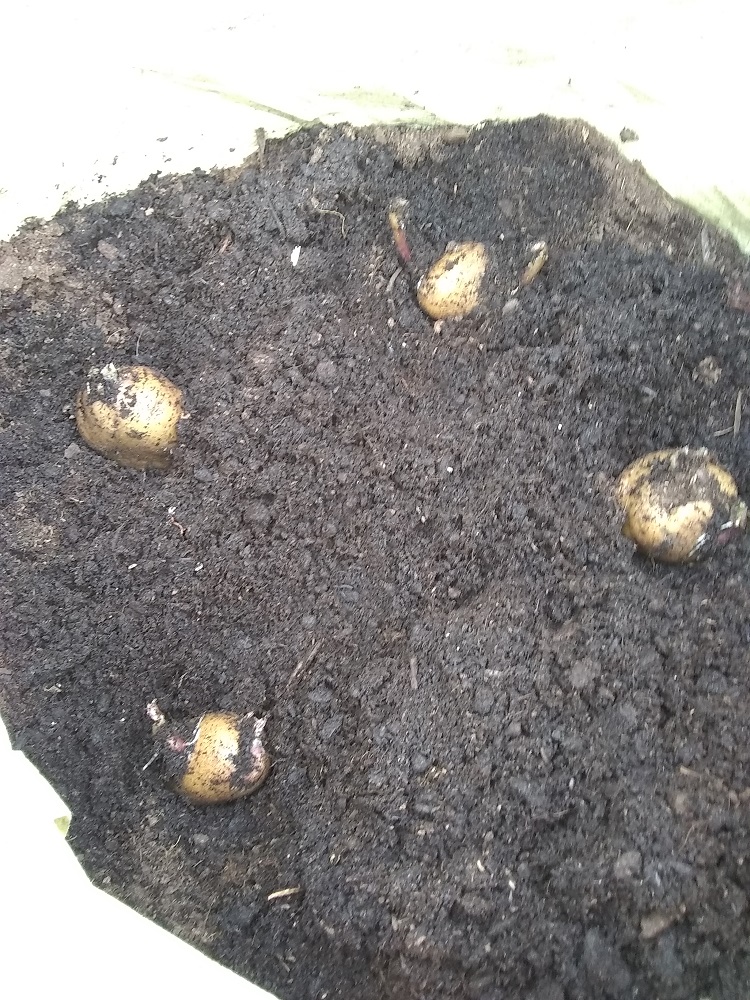 These first early seed potatoes have sprouted and will hopefully grow us some potatoes in this bag.

The picture below was taken a week or two after we planted the first early seed potatoes and shows that the potato plants are staring to grow. At this stage, the next step is to ‘earth up’ the potato plants to encourage them to grow potatoes instead of leaves. Basically, earthing up is just the process of covering the exposed leaves with compost or soil. 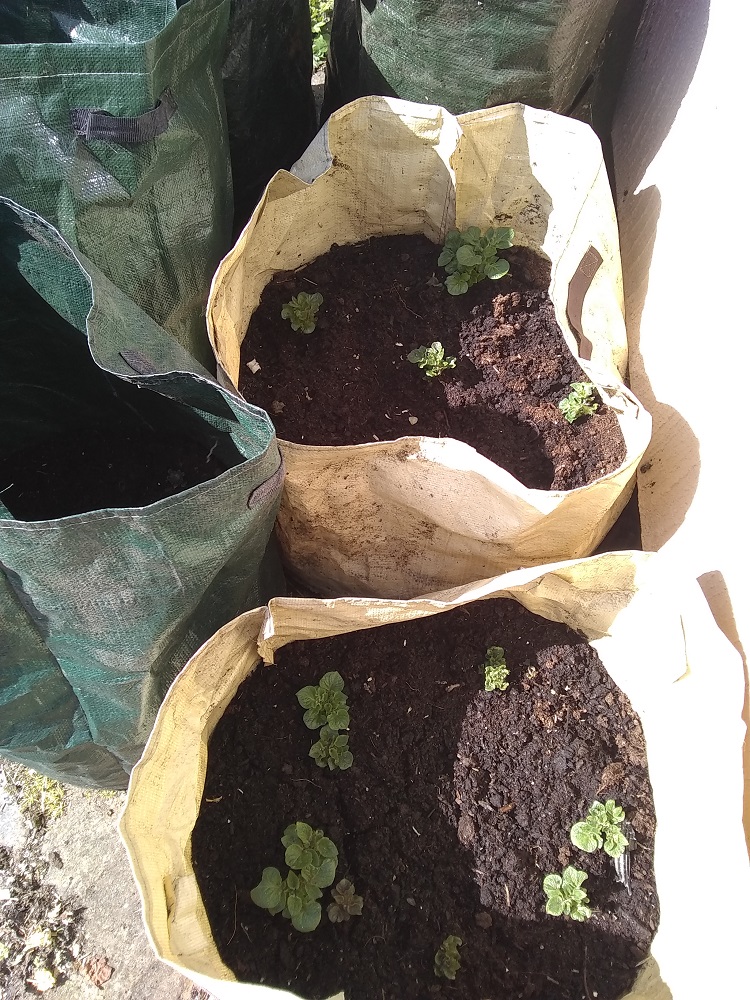 This photo shows the potato plants a few weeks later after they have grown significantly and been earthed up to encourage tuber growth and prevent green potatoes from forming. 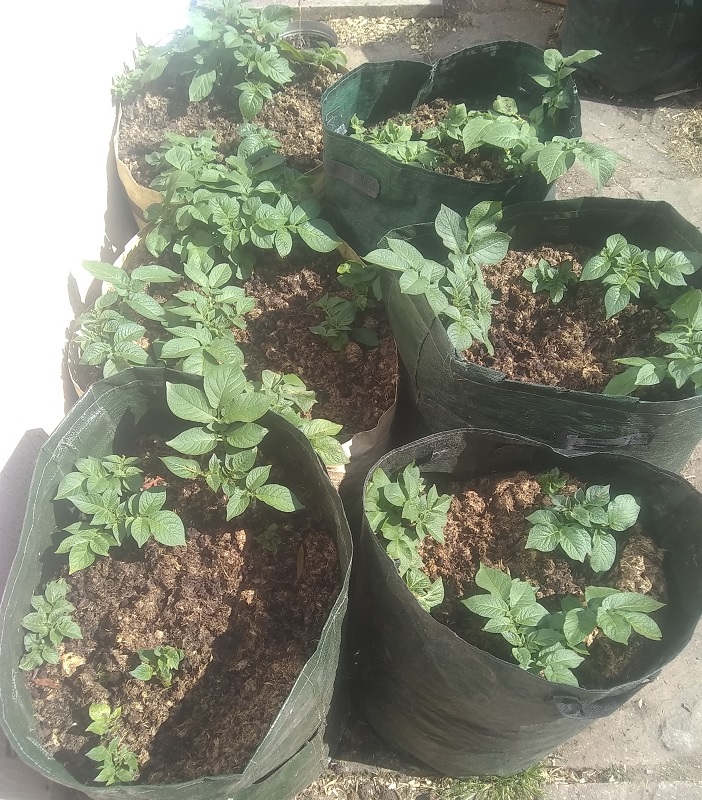 The potato plants have been earthed up and are growing well.

In the image below you can see that the potato plants have grown a lot and even produced several flowers. 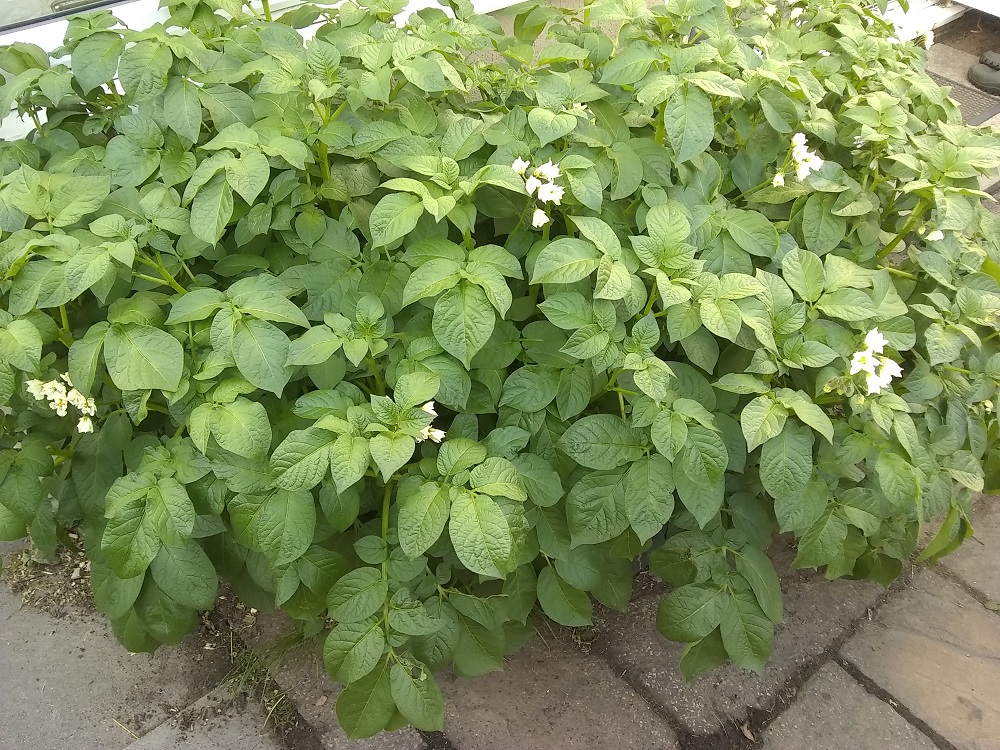 The potato plants are much bigger here and have flowered.

After the flowering has stopped the potatoes should be ready for harvesting.

It’s best to do a test dig into a bag after the plants have stopped flowering before harvesting, just to ensure the potatoes have grown enough for eating. If so, the bags can be harvested as and when they are required for the next couple of weeks.

The image below shows the potatoes we harvested after emptying two of the bags after they had finished flowering. 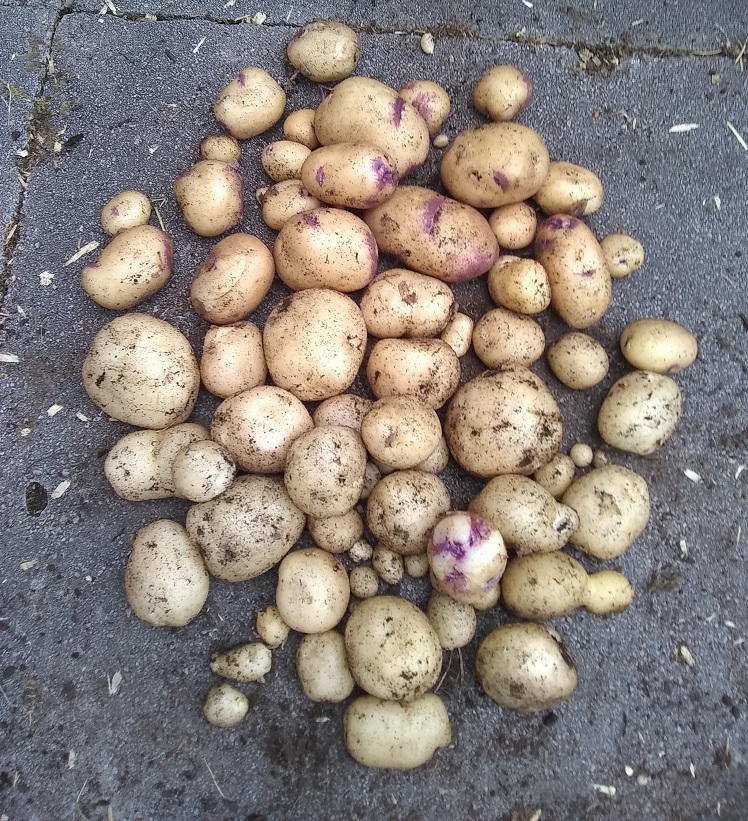 We harvested a couple of the bags and this is our first potato crop! few more bags of the first early potatoes.

Here is a picture of the plants before harvesting: 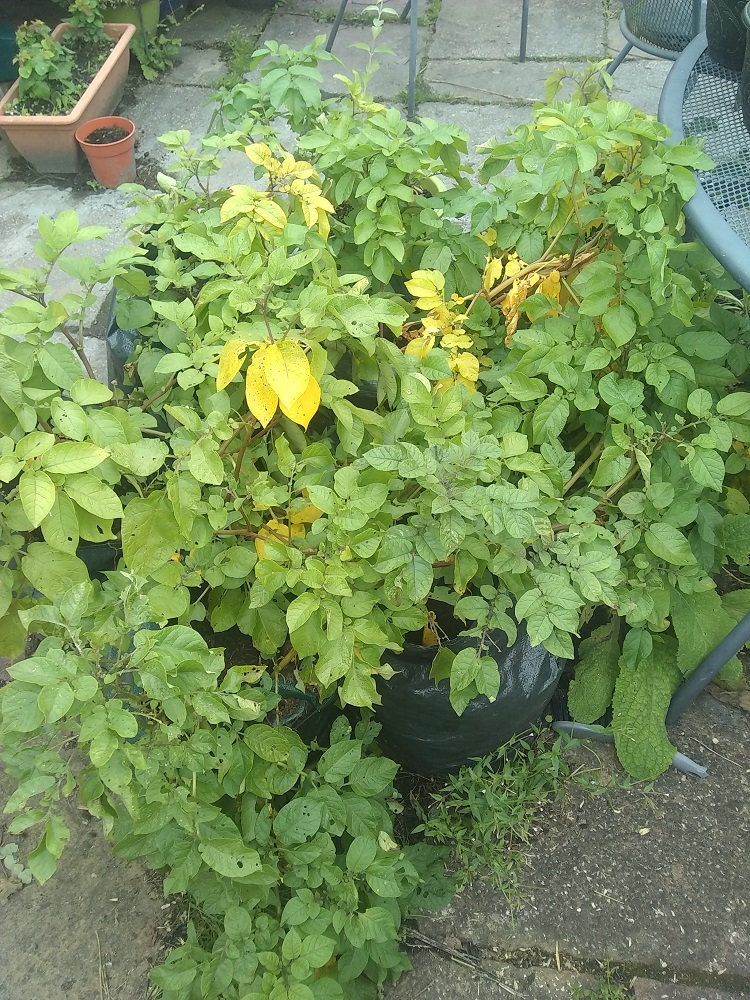 This picture shows the second early potato plants before harvesting.

This picture shows the crop of potatoes we harvested from the 5 grow bags shown above: 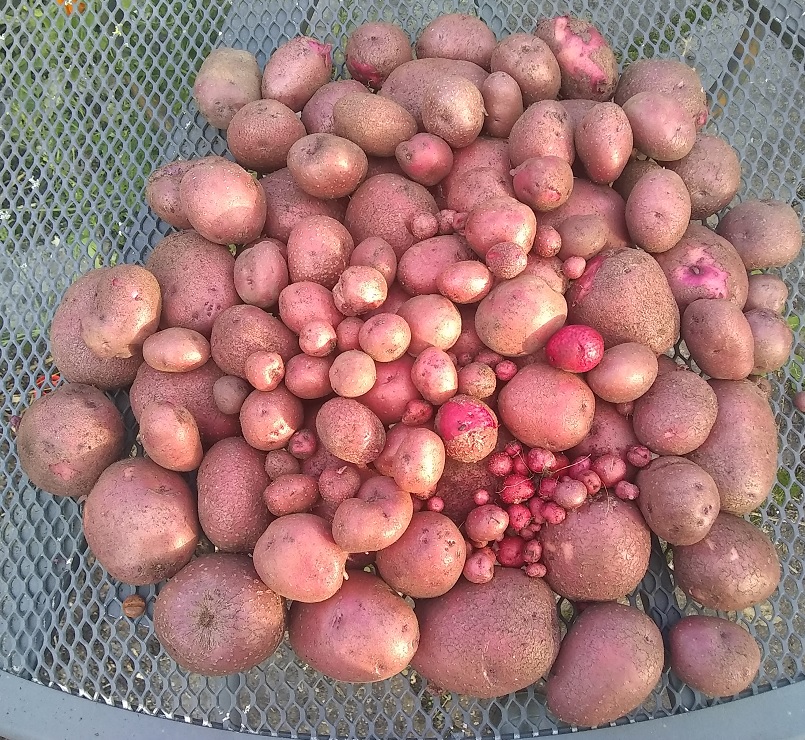 This is the crop of second early potatoes we harvested from the bags.